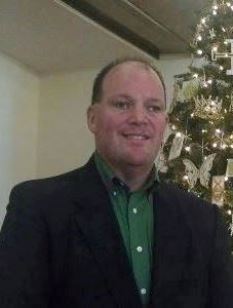 The Rev. Daniel Randall was born, across Mobile Bay, in Eight Mile, Alabama, October 10, 1972. At sixteen years of age and a sophomore in high school, Daniel surrendered to the call of ministry the Lord had placed on his life. He graduated from Vigor High school, May of 1991, where he played football for the back to back State 6A Champion. Daniel earned the Bachelor of Arts degree, with a major in Religion, from Huntingdon College in Montgomery, AL, May of 1995. January 1, 1995, of his senior year he was appointed to his first charge, the Lee Circuit in Lee County, AL. May of 1998 he received his Master of Divinity from Emory University’s Candler School of Theology.

Rev. Randall is married to Tay Granger Randall. Tay grew up on Lake Martin, AL and they met while attending college at Huntingdon. They were married June 29, 1996 following his first year in seminary. Tay received a BA in Early Childhood Education and Elementary Education from Huntingdon College and  MS in Elementary Education from Troy State University, Montgomery. She also received certification in Library Science from Alabama State University and has spent most of her teaching career as a librarian.  They have one son, Dan, born December 13, 1999.